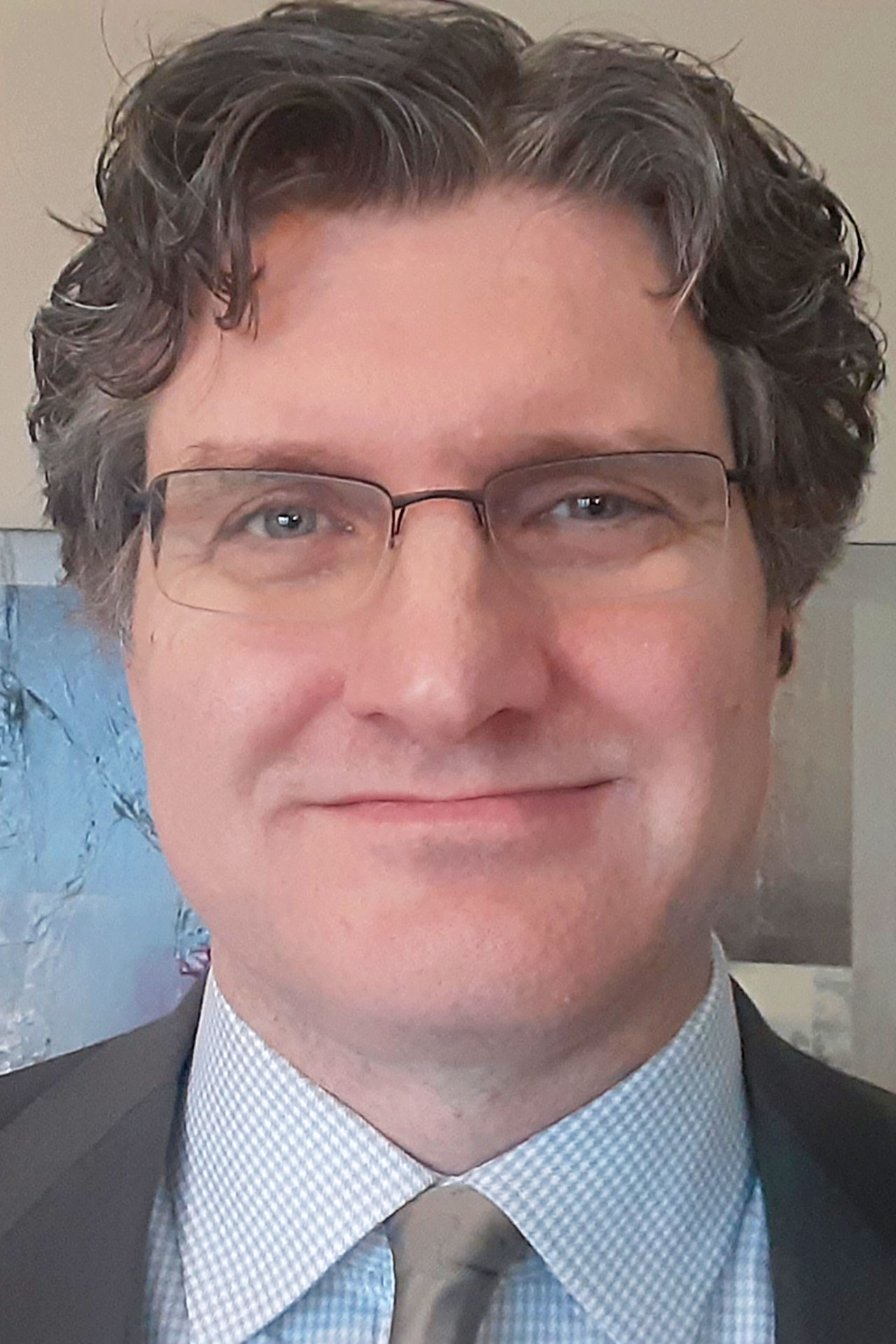 I’ve been a lawyer for just over twenty years, and it is my privilege to represent the rights of those injured in Indiana. In a world where all too many companies put profits over the safety, health, and lives of individuals, it is my job to ensure those companies take responsibility for the harms they cause.

I grew up in Michigan and was fortunate to have parents who supported me in pursuing any career I wanted. With their help, I graduated from Michigan State with a degree in General Business Administration – Prelaw in 1995, and then from Notre Dame Law School in 1999.

My first job as a lawyer was with a small firm in Traverse City, Michigan. Most of our clients were individuals or small business owners, and we worked to serve them in whatever way we could. Whether it was drafting contracts on their behalf, suing others when they were wronged, or representing them when they were sued, I learned to be a jack of all trades in trying to help our clients.

In early 2005, I was offered a partnership with that firm. Although I enjoyed my work and the lawyers I worked with, I turned that offer down so that I could move to Indiana to be with my then-girlfriend, and now wife, Grace. Grace was a lifelong resident of Indianapolis with two young children, Alex and Jacob, so it made sense for me to move here. Grace and I were married in 2006, and in 2007 we had our daughter, Erin. Alex and Jacob are now grown and out of the house, but Grace, Erin, and I continue to live on the south side of Indianapolis with our three cats (Rainbow, Comet, and Pocket) and cockatiel (Brunch).

When I moved to Indianapolis, I was lucky enough to be offered a position working with Kathy Farinas. While I knew very little about asbestos, I quickly learned how deadly it was, and the devastation it could cause for those who worked with it. The first client I had the honor to meet passed away the very next day from mesothelioma. That experience helped solidify just how important my job is, and how serious my responsibility. While I can never give someone back their health, or bring back a loved one, I can hopefully make things just a little bit easier for our clients going forward.

Since becoming licensed in Indiana in 2005, I’ve worked on all manner of cases, including the firm’s asbestos, toxic tort, and personal injury cases. I often focus on the legal aspects of our clients’ cases, making sure we know every detail of the law so that we can best represent our clients’ interests.

In 2015, I argued before the Indiana Supreme Court in the consolidated cases Myers v. Crouse Hinds and General Electric vs. Geyman. Prior to these cases, asbestos product manufacturers were immunized from legal responsibility in Indiana by a “statute of repose.” This repose statute cut off victims’ rights before they were aware they were sick. The Supreme Court ruled in our favor, restoring the rights of Indiana residents to hold product manufacturers responsible for the injuries death which they caused. Since Myers and Geyman, numerous Indiana residents injured by asbestos and similar products have successfully pursued claims against these deadly product manufacturers.

In 2010, I successfully argued before the Court of Appeals in Erwin v. Roe, a case which established many rights for tenants and minor children renting homes with lead-based paint. In this case, the Court of Appeals ruled landlords must warn tenants about their properties’ known or potential lead hazards. This decision ensured that Indiana’s lead poisoning victims, usually children, may hold landlords responsible for failing to disclose their properties’ dangerous lead conditions.

In 2019, Johnson & Johnson attempted to move over 2,000 talcum powder lawsuits filed against it to Federal Court, attempting to delay trials and consolidate cases in what J&J believed to be a favorable court. Among these “removed” cases was that of Melody Lewis. Mrs. Lewis, along with other Plaintiffs across the country, immediately asked that their cases be returned to the State Court where they started. On May 14, 2019, I had the privilege to participate in the second oral argument in the country on this issue, mere hours after the first hearing occurred in New Jersey. After hearing arguments from both sides, the Southern District Court of Indiana immediately ruled in Mrs. Lewis’ favor, returning her case to the Marion County Superior Court. Judge Moberly’s written opinion on this matter was subsequently cited by other Courts around the country, and these early decisions eventually helped lead to every single case which J&J removed being returned to its original Court. It was tremendously rewarding not only to help Mrs. Lewis have her case presented to an Indiana jury but to also help pave the way for the unprecedented level of agreement between Courts across the Country.

Other highlights of my career include writing the legal arguments for appeals concerning the Indiana Construction Statute of Repose (Gill v. Evansville Sheet Metal) and premise owners’ responsibilities to persons on their property (Myers v. Bremen Casting). In both cases, companies sought to avoid responsibility for exposing people to asbestos. In both cases, the Indiana Supreme Court (in Gill) and the Court of Appeals (in Myers) sided with my clients, issuing decisions that allowed those injured by asbestos to present their cases to a jury.

My work for Indiana workers and families is not just for our clients. On multiple occasions, I’ve volunteered my time representing the Indiana Trial Lawyers Association (“ITLA”) on behalf of injured persons. In these cases, I’ve worked pro bono (without a fee) to explain to the appellate courts how their decisions could affect persons other than the specific parties to the appeal. For instance, in Converse v. Elkhart General Hospital, a trial court dismissed the case of a woman who had slipped on loose rocks on a hospital sidewalk, declaring the rocks “open and obvious.” Representing ITLA, I appeared in the Court of Appeals case as amicus curiae (friend of the court) on behalf of all Indiana residents who suffer similar injuries and argued that juries, not judges, should be the ones to weigh evidence. Once again, the Court of Appeals recognized the rights of the injured, reinstating the case and allowing Mrs. Converse to present it to a jury. This decision helped protect Indiana residents’ fundamental right to have their cases decided by juries.

I am also an active member of the Marion County Mass Torts Local Rules Committee. Kathy Farinas and I are the only two attorneys representing asbestos victims on that Committee, which was established to create and revise the various Local Rules which govern nearly every asbestos case in Indiana.

Finally, I’ve spent significant time talking with Indiana legislators in an attempt to make sure the laws they pass are fair and necessary. Unfortunately, numerous insurance and business lobbyists have spent significant resources trying to get unfair laws passed. If passed, these laws would give corporations unfair advantages in trials, makes cases much more expensive to bring on behalf of the injured, and limiting business’ responsibility for the harms they’ve caused. So, one of the most important things I can do is to make sure legislators understand exactly how the laws they vote on will affect Indiana families and to make sure Indiana statutes remain fair.

My goal for our clients is always to maximize their recovery in an honest, ethical, and timely manner.  I understand the difficulties and traumas clients face, and the stress a lawsuit can bring. I believe it’s my job not just to know the law, but to help and counsel injured clients and their families during difficult times.

We are grateful to live in this amazing country, both for the opportunities given to us in our personal lives and for the justice system we have that is unlike any system in the world. We seek to work with friends and neighbors to pursue justice, care for those in need and work for the good of our community and for people we may never meet.

We hold companies accountable for repeatedly taking risks with the lives and health of others when they refuse to follow the rules. Let us review your case, for free, today. Our attorneys have represented thousands of people just like you from all around the country.